THE AXE HAS FALLEN ~ WHO WILL BE THE NEW HEAD ON THE BLOCK AT CHELSEA F.C. 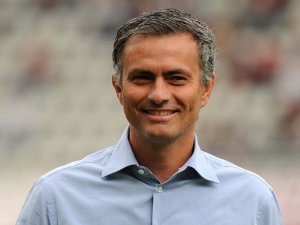 The axe has fallen ~ the manager the scapegoat, the sacrificial lamb. Roman had to do something to steady the ship … I am sure André will go on to be a successful manager somewhere else and he will have learned through the experience.

Whether Messrs Drogba, Lampard, Cole and Terry can say the same is hard to say – only they and time can…. In my mind all of the Chelsea squad must bear responsibility in the failure of Roman Abramovich’s major experiment and I personally cannot apportion blame to our owner for giving a younger man the opportunity …

As always in this situation the fan must stand back, pick up the pieces and carry on – As with Gullit, Vialli, Ranieri, Ancelotti and a few hundred others since I began following the Blues back in 62′, the mantra is ‘The King is dead! Long live the KIng! – but who will be our new King? Who will take the poisoned chalice?

Here is my 5, 4, 3, 2, 1 of choices I offer Chelsea fans to start the debate, delivered partly with my tongue firmly in my cheek, partly from selfish preference and partly from informed opinion – Why not put your 5, 4, 3, 2, 1 down on this site as a comment below  ~

No 4) Fabio Capello – In the light of England’s experience most Blues fans might hold their hands up in horror but Capello has been successful at every club side he has managed, he demands and commands respect and is known to be a disciplinarian which it appears this current squad do require!…

WHAT A GOOD IDEA

No 3) David Moyes – I seriously rate what Moyesy has achieved at Goodison Park on a very limited budget. Roman might be nervous about taking another risk but give D.M. a chance with a top side and some real money and he could be an inspired choice – he knows the Premier League and we certainly would never be a soft touch – he could even build a Fergie type dynasty in South London. 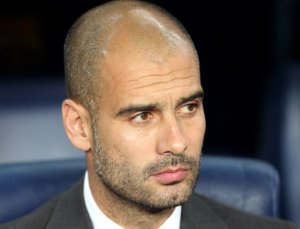 No 2) Pep Guardiola – Very doubtful he would come but R.A. is known to be an admirer of the football his teams play. Well, aren’t we all? …  and he is known to be wanting a new challenge. – If the moneys no object he would be the one to build a brand new squad, ethos and finally bring home a Champions League to Stamford Bridge.

NO 1) – José Mourinho – No surprises here if you regularly read my stuff – For my No 2’s objectives list above – substitute ‘the special one’ who has never has been as cool since he left the Blues and who does after all have ‘unfinished business’ down the Fulham Road. – Roman and José apparently are good friends again , so let them bury the hatchet, rewind 5 years and let’s get back to business, pronto, pronto!   <

I'm a writer ... I write .. . I’m not sure why I ever stopped, was it 9/11? .. . edenbray is born ugly, wet and covered in blood, mucous and bodily functions ~ the effluence of my short life .. . I am a Writer and Artist since 1966 - I'm an avid Blogger ~ I write lots of poems, written essays, articles, reviews, opinion + comment .. . I have had many poems selected for Anthologies of verse and recently have published many of my poems in 24+ themed booklets ... please ask for details - join the shebang by leaving me a marker with a 'like' or a comment for my ego and encouragement and thanks for listening - I really value your interest ~ edenbray
View all posts by edenbray →
This entry was posted in BLUEHEARTS, EDEN'S VIEW and tagged A V B, CHELSEA FANS, CHELSEA FC, DAVID MOYES, fabio capello, GUARDIOLA, MOURINHO, roman abramovich. Bookmark the permalink.