Here is the original rant = 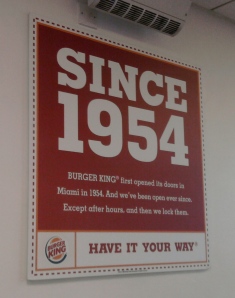 STILL A BIG GRIPE ~ WHEN CHELSEA FC AND BURGER Co. WERE BOTH DESTINED TO BE KINGS …

SERIOUS EVIDENCE THAT EVEN BACK IN 1954

THE F.A. HAD ABSOLUTELY NO IDEA

WHAT THEY WERE DOING AND TO THIS DATE

(I REALLY HAVE PROBLUM BEING RUDE – DONT COME OUT RIGHT BUT AT LEAST I DONT CALL MYSELF AN F.A. OFFICIAL – DUMBASS THAT WOULD MAKE ME)

The owl and the frog went to sea,

Wrapped up in a trousered five-pound note

I'm a writer ... I write .. . I’m not sure why I ever stopped, was it 9/11? .. . edenbray is born ugly, wet and covered in blood, mucous and bodily functions ~ the effluence of my short life .. . I am a Writer and Artist since 1966 - I'm an avid Blogger ~ I write lots of poems, written essays, articles, reviews, opinion + comment .. . I have had many poems selected for Anthologies of verse and recently have published many of my poems in 24+ themed booklets ... please ask for details - join the shebang by leaving me a marker with a 'like' or a comment for my ego and encouragement and thanks for listening - I really value your interest ~ edenbray
View all posts by edenbray →
This entry was posted in BLUE MEMORIES, EDEN'S VIEW and tagged BURGER KING, CHAMPIONS LEAGUE, CHELSEA FC, F.A., football association, PLATINI, SEPP BLATTER. Bookmark the permalink.