WHY I STILL LOVE SCOTTISH FITBA’

Makes me really sad when people in England write off Scottish footie. No, it makes me mad!

Okay I’m a bit longer in the tooth than some and I do have the benefit of remembering the time when Scotland provided some of the finest, most creative players in England’s premier league of the time – The original Division 1 Championship.

As a Chelsea ‘sheddite’ I have even more reason to recall Scottish players with fondness. Until European players flooded into our leagues, Scotland provided a rich vein of quality and important members of past Chelsea teams right up to the wee wing wizard Pat Nevin.

I can’t bear to think of a football history without memorable players like Dennis Law, Jimmy Baxter, Alan Gilzean, Jimmy Johnstone and his famous European Cup Winning pals who dumped the boring Mazzola and his Inter Milan compatriots on that most exciting night when a British team first won Europe’s blue ribbon trophy. 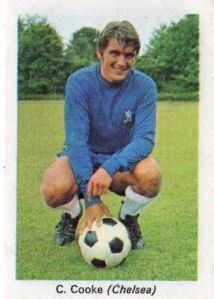 Thinking about Scottish football and how important it is, let’s not forget about great Scottish managers – Bill Shankly, Matt Busby, the legendary Tommy Doc, Sir Alex Ferguson, Jock Stein, Walter Smith and George Graham plus Souness and Dalgliesh didn’t do too bad either did they?

What about those great football clubs with names like Hibernian, Heart of Midlothian, Kilmarnock, Greenock Morton, Hamilton Academicals for goodness sake. If you love Scotland as I do then just ponder on the romance of names that conjure wonderful Scottish places – Dundee, Aberdeen, East Fife, Dunfermline, Arbroath and don’t forget Kirkintilloch Rob Roy or the wonderful seaside haven where Ayr United play which conjures for me a particularly fine memory of a hot sunny day in 1968 and a bikini clad slim and gorgeous raven haired beauty called Margaret, but I digress….

Historically you have to mention one of the earliest football clubs in the world. Queens Park F.C. who were founded in 1867, are the only true amateur team playIng in the Scottish League and still play their home games in the oldest football ground in the world – Scotland’s national stadium, Hampden Park in South West Glasgow.

Scottish football has a history unsurpassed by either of the two nations chosen to host World Cups in 2018 and 2022 and deserves every support at this time to keep it strong and healthy and I might add, as one who makes an annual pilgrimage to Easter Road in Edinburgh to see my beloved ‘Hibees’, still provides entertaining games free of much of the mercenary dominated, financially driven, Sky obsessed and abused football which is over-hyped and analysed.

Despite a few flawed immigrants who could themselves do more to promote the beautiful game up and over the border instead of boring us with over used clichés and jaundiced football rhetoric (‘nae names, na pack drill’) I raise my glass and drink a wee dram with the pronouncement ‘Ach, Long live Scottish football, I love it! … And you’ll notice I deliberately never even mentioned Glasgow Celtic or Rangers.

However, since I wrote this piece the world has fallen in on the world of one of those two ‘giants’ not only of Scottish fiba’ but the complete world game … A soft spot I have carried for the ‘Gers’ since following them in a surrogate capacity whilst best friends with a true Rangers fan back in the late sixties, early seventies has surfaced (see Wee Wullie Henderson and Tales of Ibrox Park )  during the pain and humiliation of the past few weeks and months while the sorry state of the Scottish game has been highlighted.

The Scottish League is still facing a dilemma as to how they should discipline this great club in a fair and consistent manner. The revenue Rangers bring to the other teams is necessary to keep the league afloat and their loss to the League also threatens sponsorship deals with media giants like Sky. Now, more than ever Scottish football needs our support.

Feeling deep sympathy on this Friday the 13th as Scottish FA have to make a decision on the future of Glasgow Rangers and consequently probably the whole of the Scottish FA … NOT an enviable position to be in … Lets be fair they cant wipe the slate clean for the integrity of the League … but smaller clubs be warned – One day you might be in the same position and will you return? – RANGERS fans dont want false charity – NO SURRENDER for this proud, PROUD club who WILL return stronger than ever I believe  – Knockers of the Scottish game laughing with glee could be choking on their own vomit for the damage this situation might do for one of the earliest, natural Football Acadamies producing hundreds/thousands of great players – the streets of Glasgow, Edinburgh, Dundee and all over Scotland produced a stream of talent like Baxter, Law and Johnstone akin to the Brazilian beaches of Coco Cabanna where Pele, Rivelhino and Garrincha honed their skills!!! … ‘How are the mighty fallen?’ ‘Lay not your hand on the Lords anointed’ … the SFA should pray for the  ’Wisdom of Solomon’

Time and ‘fitba’ wait for no man and as I write lying on my sick bed after a horrendous bout of GastrO Enterritis (you dont need any details …) I can of course report That the SFA made a correct decision and that the Gers slid down the longest snake of all which brings you back to Square No.1 … BUT ‘NO SURRENDER’ the GERS will rise … and are like a Glasgow Phoenix … Meanwhile back in the Premier League things IS getting intresting’ … The HIBEES have just been knocked off top spot by the CELTIC and theres a refreshing buzz about the whole game in Scotlund’ … Oh Yes – theres more to follow … ‘Follow, follow we will follow …’

I'm a writer ... I write .. . I’m not sure why I ever stopped, was it 9/11? .. . edenbray is born ugly, wet and covered in blood, mucous and bodily functions ~ the effluence of my short life .. . I am a Writer and Artist since 1966 - I'm an avid Blogger ~ I write lots of poems, written essays, articles, reviews, opinion + comment .. . I have had many poems selected for Anthologies of verse and recently have published many of my poems in 24+ themed booklets ... please ask for details - join the shebang by leaving me a marker with a 'like' or a comment for my ego and encouragement and thanks for listening - I really value your interest ~ edenbray
View all posts by edenbray →
This entry was posted in EDEN'S VIEW and tagged CHARLIE COOKE, DOUG ROUGVIE, EDDIE McCREADIE, GEORGE GRAHAM, PAT NEVIN, slim jim baxter, TOMMY DOCHERTY. Bookmark the permalink.