THIS HAS BECOME LIKE A DIARY OF A SUPERST★R

ON A PAIR OF BRIT-POP DM’s

ROBBIE STILL HAS CHANCE TO BECOME COOLER THAN MOURINHO …. THE GREATEST MANAGER IN CHELSEA HISTORY AND AN UNLIKELY HERO !!!!!

this is where the story really started …

SILVER, GOLDEN IS THIS NOW “DOUBLEPLATINUM” CHANCE FOR DI MATTEO AT ‘SEXY‘ CHELSEA

The sacking of VILLAS BOAS could STILL turn out to be Robbie’s PLATINUM Chance – Personally I was thrilled when Robbie was chosen to support André – now fate has dealt Robbie a pretty good hand and he has a real chance to use all his experience gained when gaining promotion @ W.B.A. to make a claim on the managers position at the Bridge.
Bit of a coincidence that W.B.A. was Andrés last game too!!!https://twitter.com/#!/edenbray8
Robbie has already got us to be THIS YEARS FA CUP WINNERS – His goals had already won us TWO as a player!  We missed out on a  Champions League 3rd Place Finish OR EVEN 4TH!!! … BUT Robbie has helped us progress one round after another in the Champions League by beating Napoli from an impossible situation, Benfica and Barcelona. WIN Chelsea’s FIRST Champions League and the job could well still be his this time NEXT SEASON …  Robbie’s Chelsea career began in the ‘sexy’ football days when Ruud signed Robbie from LAZIO – wooooooo … Maybe he could bring those ‘sexy’ days back to the Bridge – Remember that great goal celeb when we beat Middlesbro’ by 3 – Come on ROBBIE! Come ON CHELSEA!

UPDATE ~ THIS POST HAS BEEN GATHERING PACE SINCE I ORIGINALLY WROTE IT WHEN ROBBIE WAS FIRST INSTALLED AS CARETAKER COACH OF THE FIRST TEAM SQUAD.

ROBBIE IS QUOTED AS SAYING – WHETHER HE GETS THE JOB OR NOT HE WANTS TO DO SOMETHING GREAT IN CHELSEAS HISTORY THIS SATURDAY IN MUNICH.

BUT HE ALREADY HAS …. 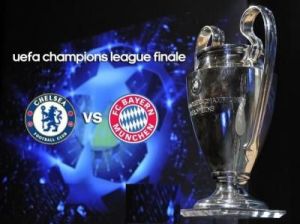 everyone writing off ROBBIE’S chance of GETTING THE JOB

ROBBIE has grasped the NETTLE

– MIght still do enough to convince the BIG MAN ~ MIRACLES STILL HAPPEN !!!

WE WON THE CHAMPIONS LEAGUE !!!

HE HAS WRITTEN HIS NAME INTO CHELSEA HISTORY ALREADY

BUT FOR ME NOTHING HAS CHANGED

And if I was to be strictly honest which I always will be on this BLOG. a few doubts emerged for me along the way as Robbie was making magic down the Fulham Road.

It may seem a little early to be carrying out a pros/cons analysis of Roberto’s chances of keeping the ‘office’ at Chelsea’s training ground and players quarter but in football you must think on your feet, make decisions astutely, cleanly and intelligently.

NOW Roman must make yet another decision with his advisers ~ Namely should he stay or should he go!

For me :~ Had Chelsea played with a little more style and imagination, had we achieved a better finish in the Premier League, where those two late defeats to Newcastle and an embarrassing pummeling at Anfield do stick in throat a little and had Robbie not produced quite such a ‘backs-to-the-wall’ appoach in our best wins, then Romans decision would be a lot, lot easier…. Don’t get me wrong ~ these observations do not prove that Robbie is not up to the job. Indeed, they may actually be the very considerations that should give him the position and yet, as many boxes as they may tick they still leave far more, as far as Roman Abramovich is concerned, un-ticked.

Everyone is assuming that Roman will now be content that their 1st Champions Cup is now in the cabinet. that his dream is realised and that he may rest content with what he has acheived but for me these conclusions do a disservice to the great man.

Roman Abramovich loves football! He loves pure football! He loves Real Madrid at their best in the fifties and sixties, AC Milan in the nineties, Pep’s Barcelona type football and that is what he wants for Chelsea – He doesnt just want to win Trophies but he wants to win them WELL! He wants to develop his own ‘Dynasty’ of Pure football @ Stamford Bridge and that is just one of the questions Robbie has failed to answer. Is Robbie Di Matteo another Mourinho, another Pep Guardiola, Alex Ferguson? In other words can he become one of the great coaches of World Football History – If not ticked yes – then need not apply because that is another thing Roman is looking for. Can Robbie assemble a group of players that will achieve Romans aims – Does he have the skills to recognise great players and attract them our way – Another unanswered question…. Can he deal with players when they are not pulling together? …. Can he cope with the press in a crisis or when the team are playing poorly ? …. Has he got the determination to win a Premier League Championship ? Had he got the determination to carry on ‘at the top’ for year after year after year ?

Roberto Di Matteo has proved he is a good coach and that he can get this group of players to play to the very best of their abilities .. He has proved he has good people skills and that he can get on with ‘the boys’ … He is a cool, intelligent, winsome and likeable guy who handles the press very well .. Robbie has proved a whole heap of things but do the ticks outweigh the unanswered boxes and is Roman prepared to risk another season without a title ?
http://www.goal.com/en/news/596/exclusive/2012/03/04/2946066/ravanelli-chelsea-is-the-chance-of-a-lifetime-for-di-matteo

Can’t believe 12 months or so on from writing this original article that it reads almost like I wrote it yesterday. Despite, the dream coming true and YES, WE ARE THE EUROPEAN CHAMPIONS folks. We are STILL waiting to find out who will be our next manager … Unbelievable! … but true … Looks like Robbie will be offered 12 month contract which personally I think would be good for both parties but its down to whether he is happy with that … So far his attitude has been 100% … exemplary … Let’s hope he grasps the nettle and an opportunity to show he can be the new Guardiola … Pep had to start somewhere and allegedly was happy himself with 12 month contracts @ Barca .. So come on Super Cool Robbie – YOU CAN BE cooler than MOURINHO! .. ice ice babee!

I'm a writer ... I write .. . I’m not sure why I ever stopped, was it 9/11? .. . edenbray is born ugly, wet and covered in blood, mucous and bodily functions ~ the effluence of my short life .. . I am a Writer and Artist since 1966 - I'm an avid Blogger ~ I write lots of poems, written essays, articles, reviews, opinion + comment .. . I have had many poems selected for Anthologies of verse and recently have published many of my poems in 24+ themed booklets ... please ask for details - join the shebang by leaving me a marker with a 'like' or a comment for my ego and encouragement and thanks for listening - I really value your interest ~ edenbray
View all posts by edenbray →
This entry was posted in BLUEHEARTS, EDEN'S VIEW and tagged DI MATTEO, SACKING, VILLAS BOAS, W.B.A.. Bookmark the permalink.