“I STILL HAVEN’T FOUND WHAT I’M LOOKING FOR”

The re-appointment of Jose Mourinho as coach/manager of Chelsea FC reaffirms to the football world in the strongest possible terms that Roman Abramovich genuinely does have the sincerest intentions for the future of the club.

Abramovich has consistently acknowledged his own personal errors of judgement in managerial choices at huge personal expense and in the face of continual personal criticism of his methods, as he continually wrestles in pursuit of the perfect manager to take this club to the next level.

The main criticisms up till now, have centred on his impatience with the coaches he hires. The clubs extraordinary hoard of trophies, gathered during his 10 years in charge, have somehow vindicated his trigger-happy firing technique, while the life-changing wealth his vanquished managers inherit has meant that none, up till now, have either been prepared to or wanted to openly join the doubters in their condemnation of the Russian oligarchy’s methods or perhaps more pertinently, his undoubted generosity. 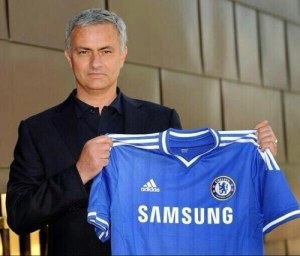 The significance of the re-appointment of José Mourinho tells a lie to many of the suppositions made by journalists, commentators and football pundits about the perceived failings of the quiet millionaire, not least the assumptions that he will not allow a manager to make their own ultimate decisions or maintain control.

That was the point at which Roman and José divided nearly six years ago but it seems fairly certain that part of the newfound maturity José has found during his European adventure is down to his realisation that actually Mr Abramovich is a lot more easy going than he considered, especially when comparing him to the chief honchos at places like Milan and Madrid. I’m sure in many ways José has realised that at Stamford Bridge he had it a lot better than he realised during that last whirlwind 3 season sojourn in Englands capital city.

Mr A’s decision to buy back into José Mourinho must give hope to all the other guys that he has let go. Maybe Carlo, Claudio, Philipe, Raffa could feature again in Romans plans in the future if they continue to show the right appetite for success but more importantly José’s re-appointment shows to the fans that our owner CAN indeed admit he was wrong. José has already received one enormous compensation payment and here he is still picking up the biggest pay-check any manager has ever received. That shows Romans personal dedication to the task to make Chelsea great, commitment financially, a renewed trust in the guy to do it and the personal humility that overrules his own decision to let ‘Mou’ go in the first place. Never could the expression ‘It’s not personal, its business be more fitting’ or better exemplified.

Roman Abramovich has confirmed through this seeming backtrack that he will do most anything to get Chelsea Football Club to the very top of the tree and this should encourage militant Chelsea flag-waving pitch owners and the like who doubt he has the best interests of the club at heart, to finally believe in the Russian and recognise that in the history of our club Roman is right up there alongside Gus Mears in importance.

I've always enjoyed writing and that is all I want to do... .. . I’m not sure why I ever stopped, was it 9/11? .. . edenbray is born ugly, wet and covered in blood, mucous and bodily functions ~ the effluence of my short life .. . I am a Writer and Artist since 1966 - I'm now an avid Blogger ~ I write lots of poems, written essays, articles, reviews, opinion + comment .. . I have had many poems selected for Anthologies of verse and recently have published many of my poems in 24 themed booklets ... please ask for details and join the shebang by leaving me a marker with a 'like' or comment for my ego and encouragement :- thank you so much for listening ~ edenbray
View all posts by edenbray →
This entry was posted in EDEN'S VIEW and tagged ABRAMOVICH, CHELSEA FC, MOURINHO, newfound maturity, roman abramovich. Bookmark the permalink.