This blog is a vehicle for the memoirs and opinion of a true blue sheddite – a Chelsea fan since 1961. Traditionally born into a ‘blue’ family, heck even my Gran was a season ticket holder during the fifties and used to sit next to Sam Kydd the actor and three rows ahead of Richard Attenborough, just a spectator in those days. I did get to sit next to Sam a few times. Not, that we are toffs by the way, although my Nana was bless her. I am Chelsea through and through, always have been, always will be, even if we played in the ‘RYMANS’ 1st Division.

However, as I mention on my TWITTER profile. I don’t go with Shanks – NO, for me there is more to life than ‘fluffing’ football.

‘I Remember when Frank Upton scored from the halfway line’  was originally a Nostalgia and Chat Group on Facebook for comment/pics/discussion on being a Chelsea fan when we were quite good, crap and literally amazing! (Any Order) including group memories of being a sheddite, through Drakes Ducklings – Dochertys Little Diamonds, Sexton, McCreadie, Blanchflower, Hurst, Webb, Neill, Gullit +  all the others through Carlo’s Champion Double Winners, the disaster that was AVB and on and on to the return of a true son of Stamford Bridge and now ‘the guy who won us the Champions League’ – the wonderful Robbie DiMatteo. ~ i.e. I was there when Tambling hit 5 etc. saw Joe Fascione, Bert Murray, Frank Upton – Legends every one – GREAT CHELSEA LEGENDS – Peter Osgood, Terry Venables, Peter Bonetti, Kerry Dixon, Gianluca Vialli, Alan Hudson, Dan Petrescu, GIANFRANCO, Robbie DiMatteo, the ‘Drog’, Super Frankie etc. etc. etc. and of course Frank Upton who I do remember scored a goal from the half way line, although whether I was actually at that game is still a bit hazy, got to be honest!

edenbray has three other BLOG sites on WordPress

KUDU MAGAZINE and RADO AL-ZEEBRA K=DU MAGAZINE and R=DIO AL-ZEEBRA –  twin-Arts Magazine – an alternative, slightly tongue-in-cheek view of life including social comment, entertainment, sport and a unique personal journal through the eyes of a? … KUDU – the king of antelopes.

and finally edenbray himself – A collection of essays, poems and stories from someone who just loves to write, me. 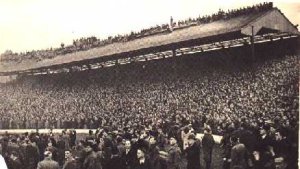 100,000 + + + at the BRIDGE for MOSCOW DYNAMOES – The FA would not let us become Britains 1st entrant in European Cup 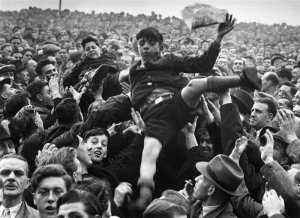 Football fans consistently chide Chelsea fans for having no history. AS a true blue ‘sheddite’ since the early sixties and having learnt of the history of the club from it’s roots, this incites me. My nan was a season ticket owner in the 50’s. Our family have royal blue hearts for goodness sake!

Chelsea have a wonderful history and our true fans whether old or young have either earned or inherited the recent success that has come our way. In the scheme of things each trophy as each individual season, represents just another brick added in our long battle to become a top side. Since 1905 a long line of people have worked tooth and nail to get us where we are, thats called ‘devotion to the cause’. We deserve respect. We have earned respect. Heads high blues fans – ‘Keep the faith’.

The football world’s nose has been put out of joint by the financial input of Roman Abramovich at our club which has enabled us now to compete with the financially strong and spend money on the top players as successful teams have always done…. always done bitter and twisted Liverpool and Man U, Gooner and Spurs fans etc etc.

Players like Frank Upton ~ no one will probably have heard of but they represent Chelsea’s history and to those who supported, played for, worked for and invested in Chelsea Football Club before the money arrived in time and money and devotion. They bring fond and happy memories to us who get sick of jeolous fans who resent our success. To them I say get over it, were here as we always have been, TO STAY!! Every top club has ‘hangers on’ Chelsea no more than the rest but the true blues are here for the long ride and at the moment the ride is very, very good!

This blog is unashamedly concerned with memories of being a true blue ‘sheddite’. I hope new fans will pick up the gauntlet and run with it to the finishing line ….. this is now part of your heritage!